This section gives you information on various reference sources for use with the Eyewitness Bible Series. The scripts for videos have endnotes or footnotes that refer to many of these sources.

In general, the scriptures used in the videos are from the King James Version, but modernized into current English by the writer of the video script. The few scriptures that are taken from other authorized versions are noted in the endnotes as NIV for the New International Version, or ESV for the English Standard Version. The New King James Version was not used in any way so as not to create confusion between it and the scripts. 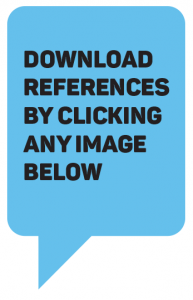 Reference 1: A set of maps useful for studying the Bible. These maps were copied from the Archaeological Study Bible, Copyright@2005 by Zondervan, as shown on the bottom of the maps.

Reference 3: A Chronology of Acts of the Apostles. Falling in Love with Jesus’ People, by Rubel Shelly, Page 147

Reference 5: Map of trade routes and roads near ancient Israel. From Bible-history.com