The purpose of the Eyewitness Bible Series is to help people learn and understand the Bible. Eyewitness will eventually consist of more than 125 video narratives and study guides useful for individuals, families, small groups and churches. The material is entertaining and uniquely effective. And free!

Since the wide adoption of smart phones, most people now learn concepts and access information differently. Eyewitness is the first complete Bible study program to take advantage of this phenomenon.

Eyewitness video narratives are Bible-based and are designed to spark your imagination and provoke your curiosity, while not being controversial. Imagine Mary telling about the birth of Jesus, Satan disclosing how he tempted Jesus in the wilderness, Joseph of Arimathea describing Jesus’ trial and death, Mary Magdalene imparting her story of being the first person to see the resurrected Jesus, or an elder of Laodicea illuminating Revelation.

Each video is 12-18 minutes long and addresses a portion of the Bible from the viewpoint of a Bible character. The videos and study guides provide a significant amount of historical, cultural, and chronological information that the original writers and hearers of the Bible knew, but are not well-known by most people today. The videos are not recitations of Scripture.

Eyewitness is useful for all Christian organizations and Bible translators, such as The Jesus Film, Navigators, Cru, Young Life, and Wycliffe. It is currently available only in English, but the scripts for the videos are provided so anyone can easily translate the videos into any other language.

The Eyewitness Bible Series is a non-profit organization dedicated to helping people understand the Bible. It is a division of Sermon.net, a leading non-profit Internet broadcasting service helping more than 10,000 churches, organizations, and evangelists. 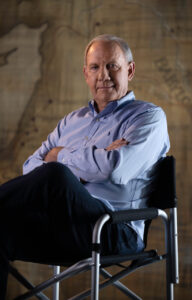 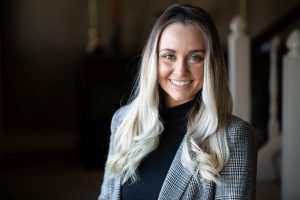 Meredith Knight: Eyewitness’ Director of Marketing. Meredith graduated from Oklahoma State University in 2018, and is responsible for promoting the use of Eyewitness Bible Series to all people who want to study and learn the Bible better. 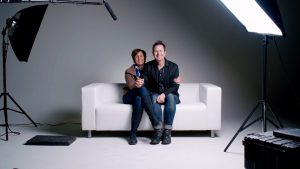 Pivot Films: Robert and Andrea Jobe are Pivot Films. Their past work includes narrative, documentary, animated series, short films, and web content. With Andrea as writer, director, editor, and Robert as producer, director, cinematographer, their partnership of over 25 years is organic and mostly effortless. Their hands-on approach to all aspects of storytelling, has spilled into living life with their three children, dog, and cat. Though the cat is mostly hands-off.